This workshop will describe several independent techniques used by national standards laboratories such as NIST to establish and maintain fundamental absolute radiometric scales. These techniques can be classified as based on using: 1) electrical substitution, 2) blackbody radiation, 3) synchrotron radiation, 4) radiation pressure, or 5) photon counting.

The fundamental principles on which each is based are, respectively: 1) the equivalent heating effect of electrical and optical power, 2) the Planck blackbody radiation spectrum, 3) the Schwinger synchrotron radiation spectrum, 4) photon momentum, and 5) the counting of individual photons. Traceability will be defined, and practical methods will be described for establishing traceability of radiometric measurement scales to the SI (Système Internationale) as realized by national standards institutions such as NIST. Methods used for verifying accuracy of radiometric scales using transfer standards will be reviewed. Then, examples of uncertainty budgets (commonly referred to as error budgets) for fundamental radiometric standards and for transfer standards will be given. Attendees will discover how NIST and others establish and disseminate radiometric scales relevant for remote sensing, and in the process learn to appreciate the subtle but important distinctions between uncertainty and error, and between a measurement and the truth. 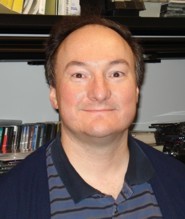 Since 1992 he has worked at NIST on research and development of novel systems for electro-optical instrument calibration, validation, and performance evaluation. These systems have included the NIST Primary Optical Watt Radiometer (POWR—which is part of the SIRCUS facility) and portable radiometers for transferring NIST radiometric scales to other calibration facilities. He contributed to the development and calibration of the NIST Advanced Radiometer (NISTAR), which is a NASA/NOAA spaceflight instrument launched in 2015, for absolute measurement of the optical-infrared radiance of the sunlit face of the Earth from an L-1 orbit. Currently, his research projects include stellar spectral irradiance calibration, satellite calibration, and improvements in dissemination of radiometric scales to the community.

Earth-observing optical sensors are often designed and built with on-board calibration sources or devices in order to assure that their on-orbit performance parameters continue to meet their specified design and calibration requirements over entire missions, despite extensive pre-launch measurements to calibrate, characterize, and verify their projected performance. For example, various types of solar diffusers are used for sensor calibration in the reflective solar spectral region (visible, near infrared, and short-wave infrared), and blackbody calibration sources for the calibration in the thermal emissive region (mid-wave and long-wave infrared). Other on-board sources also include lamps or lamp assemblies, and those that could be used for sensor spatial and spectral characterization. The calibration sources are often selected and designed based on sensor specific calibration requirements, and sometimes are also driven by other factors, such as cost. In this workshop, we provide an overview of various on-board calibration sources or devices, both exquisite and cost effective, and their applications and limitations. Using on-orbit performance examples from a few select sensors, such as MODIS or VIIRS, we also discuss some of the lessons learned from applications of various on-board calibration sources. 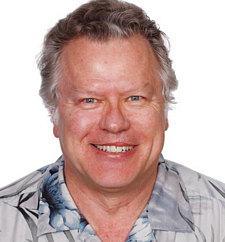 Dr. Russell retired from his position as a Senior Scientist at The Aerospace Corporation on October 1, 2018, where he had worked since 1981. He has since worked for CEB Metasystems and as a retiree casual at Aerospace, while continuing his scientific research on his own. Areas of scientific research emphasize understanding celestial dust, its composition, and physical manifestations. He is a member of the American Astronomical Society and the Society of Physics Students and has been a member of the Division of Planetary Sciences. Dr. Russell obtained his undergraduate degree in Astronomy, with a minor in Physics, from the State University of New York at Stony Brook. He was granted an M.S. and a Ph.D. in Physics from the University of California, San Diego. He has coauthored over 100 research publications and pioneered the use of 2D infrared arrays on airborne platforms. In addition, he used stressed detectors of his own manufacture in his co-discovery of the forbidden Carbon II line at 157 microns. His work has included the MSX SPIRIT III program, principal investigator on the Kuiper Airborne Observatory Infrared Technology Experiment (KITE) for the US Army, the Brilliant Eyes Proof of Principle project (serving as Principal Investigator), MSTI3 satellite calibration and use, and test and calibration of the NFIRE sensor, SBIRS High HEO and GEO sensors, the STSS sensors, and the SBSS sensor. 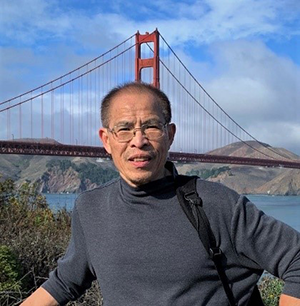 Jack Xiong is an optical physicist in the Biospheric Sciences Laboratory at NASA’s Goddard Space Flight Center, currently supporting Terra, Aqua, S-NPP, JPSS, and CLARREO Pathfinder (CPF) projects/missions on sensor calibration and characterization. He has served as the Technical Lead for the NASA’s MODIS/VIIRS Characterization Support Team (MCST/VCST) and the MODIS Project Scientist for instrument operation and calibration. He received a B.S. degree in optical engineering from Beijing Institute of Technology and a Ph.D degree in physics from University of Maryland. Before joining the NASA/GSFC, he had also worked in the fields of optical instrumentation, nonlinear optics, laser and atomic spectroscopy, and resonance ionization mass spectrometry at the University of Maryland, College Park and the National Institute of Standards and Technology (NIST), Gaithersburg, Maryland.